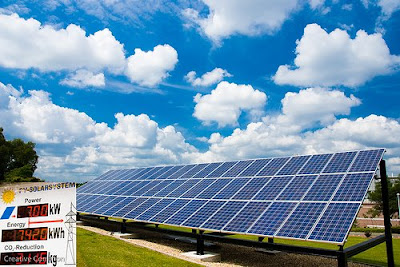 We’re still getting through reviewing the various solar leases and solar PPAs in around the U.S. Today, we’re returning to SunRun and their other solar financing program, a Solar Lease.

SunRun is mainly known for its Solar PPAs, but in some states or utility areas, they have a Solar Lease model because of complex utility agreements and/or state laws. Here are the basic need-to-knows.

In the next post, we’ll go over a SunRun solar lease example for an average size 5kw DC system.

In my next post, I’ll lay out an example of the SunRun LADWP lease for Los Angeles and Arizona.

Sunrun is partnered with large financial instutions that are to big to fail. They work with Billion dollar budgets. Ultimately the investors will own and service the equipment should the unthinkable happen. Since people love to play devil’s advocate, why not ask what happens when your utility company goes bankrupt? After all, they are using 19th century technology that requires enormous capital investments just to keep it going. Considering the rise of Lithium Ion technology, it is a fact that home micro grids are less than a decade away. What will big energy do when millions of customers start unplugging… Read more »

Tried to get infor from Sunrun, got the “Sunrunaround” instead. Couldn’t get even basic info from Sunrun saleperson “Anthony Edwards” without giving him my address & phone number. I’m not asking for a quote yet, do NOT want anyone to visit to “see” if solar will work (ie “pitch” it too me), I’m just trying to get ballpark info to see if it is feasible- ie cost per kWh, lease terms — you know, the basic stuff. Zip code, pics of house showing roofline & pitch etc. apparently not sufficient. Honestly, got more info from this site than Sunrun!!! They… Read more »

“However, SunRun says it works these incentives into your overall lease price. That can be a really good deal for middle/upper middle income people who may not be able to take full advantage of the Federal Government’s 30% tax credit. ” Could you please clarify what you mean by SunRun working the incentives into the overall lease price? Aren’t middle income people the biggest losers since they could have used the 30% tax credit? It seems like SunRun is getting a really good deal because not only are they getting the tax credit and rebates, but they get to depreciate… Read more »

Thanks Sydney, for that clarification. Please feel free to clarify anything here. I want this blog to be an open and honest dialog about solar. The good, the bad, and the ugly, including any of my posts! So if anything's inaccurate in my posts about SunRun, leave another comment. Thanks for reading. I liked your post on solar as a Father's Day gift, BTW. ;)

Hi all, it's Sydney from SunRun. Solar Fred – thanks so much for a great post! I just wanted to weigh in on the "what happens if you go belly up?" question. The really cool thing is that, the way we're set up, no creditor will ever have any claim to your system. And the customer is definitely not obligated to fulfill their contract. In other words – worst case scenario – you'll have panels on your house for which you paid a lot less than you otherwise would have.Hope that helps!

Hey, Zane,I believe you will have to fulfill your contract, which is more valuable to any creditors than the solar panels being liquidated. You might also be able to negotiate to buy the panels. I also believe that there's some kind of provision that would continue to support and maintain the panels, even if the company were to go bust. Again, behooves the creditors to keep SunRun's side of the bargain, since you provide them income. That being said, read your contract for any details.

It would be good to know what happens if/when the company goes bankrupt. Do you get to keep your panels? Or might they be liquidated?