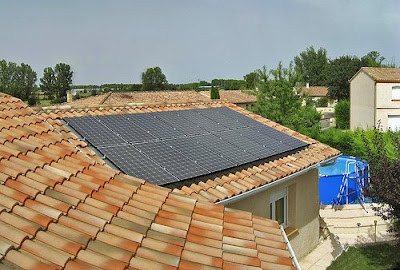 I want to go solar, but thanks to the housing bubble, I have no home equity. What little cash I save through my job is being stuffed into a secret 401k mattress that my wife says I can’t touch until she divorces me or until our kids think we’re old and penniless, whichever comes first.

Tell me how I can go solar without upfront costs.

For Richard or Poorer (mostly poorer).

Hey, man, I may be single, but I feel your pain. (Not really.) But don’t worry. I have several solutions that I will outline for you over several posts.

First, you can lease instead of buy. It’s the same concept as leasing a car with an option to buy. The biggest outfit doing this right now is called Solar City (www.solarcity.com). They’ll give you the solar panels up front. Sweet. You pay a monthly leasing fee plus what’s left of your electric bill. Awesome. Between the leasing bill and the lower electric bill, Solar City says you’ll be paying about 10%-20% less than your usual electric bill and the solar panels cost you nothing upfront. Wha-hoo! Don’t tell the wife and sign me up, says Richard!

In part two of Cash Poor Financing, I’ll fill you in on another low upfront cost buying option. It’s called a Power Purchase Agreement or (PPA).

What’s up with the Berkeley FIRST solar financing program?

More people can now go solar thanks to PACE financing